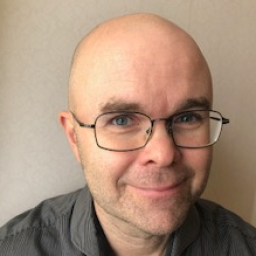 ►  These sources I come back to again and again to learn, get new insights and understand things on deeper levels. You'll see why.

The low-key, silent, "live in the now"-guru came across my life on the party island Ibiza about a decade ago. I opened his book "A new earth" after a night dancing to DJ Armin van Buren, while my ears were still screaming "Kristian, you got tinnitus last night!". The book was a masterpiece.
If you haven't seen the series he did with talk-host Oprah Winfrey, where they go deep on each chapter of the book, cut out one hour a week for the next two months to join their conversation (buy the book first, if you don't have it):

Whenever I need to align myself and be more at peace with things I look no further than Eckart Tolle. I prefer to listen to him with my iPhone, especially live-recordings from his many retreats. (Many of them can be found on Audible, and there are many excerpts on YouTube).

Some call it consciousness. Some call it God. Or The Head Office. Call it whatever, there's an invisible voice bringing up important stuff and giving guidance, once I take the time to listen. The voice is usually drowning in the daily loud flood of strategies, tactics, Facebook feeds, "smart thoughts" and "The 10 best ways to … whatever" that feels so interesting, fascinating and impressive in the moment. My invisible guiding voice isn’t a bright shiny object, nor does it behave like an Instagram influencer. It whispers. The guiding voice is too easy to ignore. My voice can whisper, “Kristian, you’ve got this. Just take one step at the time, and you’ll be fine”, yet I rush forward, creating a mess both in my actions and in my mind. Or it can say, “You need to reach out to a few people who inspire you for a lunch”, yet I isolate myself, diving my head deeper into projects or book

If you are interested in both the human brain and business, like I am, chances are you'll like Eben Pagan. Most of my understanding about how the oldest parts of the human brain influences everyday life as well as effective communication, comes from this guy.
His favourite mental model based on the different “interests” of the brain is BEMERI. It slices up reality, so that it can be taken apart, understood, enriched and communicated to other people, The model sums up pretty much all human aspects of life:

I've studied Eben's material for more than a decade, and hear me out: As dry and formal he may be perceived, this guy is a never-ending source of simple-to-digest nuggets of wisdom, strategies and mindsets – as it applies both to life and business.

Inspiration is the pulse of the creative lifestyle. No person on earth both lives that inspired lifestyle, and teaches the many different aspects of it, better than Joe Vitale. If you haven't discovered him yet, good for you. You have plenty of books and audiobooks to look forward to, especially if you are excited about the intersection between inspired creativity and Law of Attraction.
One of the most powerful exercises I've seen him do isThe Whiteboard Exercise. It reveals exactly what stops inspiration from flowing freely (it might not be what you think).

Besides getting new insights, enjoy this guy's voice. I love how Joe Vitale speaks and keeps us engaged.

Two decades after I first discovered his "Getting Things Done" book, I keep coming back to this productivity guru. Why? Well... not so much for reminding me of the ins and outs of his method (GTD). Rather, I want to tap into his philosophy on a creative lifestyle.
"Ready for anything", the title of his second book, sums up his philosophy perfectly. It’s a productive mind state that gets things done with “mind like water” (his borrowed expression from the world of martial arts) as well as a way of saying “I’m ready for anything that shows up in my world I want to engage myself in”. Isn’t that the end goal of everything? At least, that’s something that truly resonates with me. I aspire to experience that. Everyday. No, I’m not there yet.
Listening to David Allen has another effect on me that is pretty spooky: Feelings of overwhelm disappear instantly. I open my Things-app and sort things out after an hour of listening or so, so I can move forward with things.

Are there more than one mission in life? Well, the founder of Life Spider System has proved that's the case.
Birgitta Granström calls those missions "life intentions" and "life projects", and she has helped me clarify six different ones. Those missions are fractals, they operate on a grand scale (what big projects to start and get involved with), and in micro-activities (writing this document involves three of mine, by the way):

Unlike most other people in the self-help space, Birgitta Granström, doesn't advise us to let go of your egos. Instead, in order to integrate your missions to make the world a better place, the ego should be leveraged and appreciated, she argues.
Imagine telling Lady Gaga as a young girl that she sings lovely, but shouldn't want attention from others: "You don't want to be an attention-seeker, do you?". If you are raised in this society, you sure have many layers of shame related to your ego, like I have.
Instead of placing your ego in the background, Birgitta Granström argues, let it out in the light. Use it for the good of others, by connecting the desires of the ego to different life missions. I haven't found any other person than Birgitta Granström that builds a greater whole out of every part of me.
And besides that, no other person can have me laugh harder at my own shortcomings.

Did you remember the movie "Yes Man", starring Jim Carey, about a man challenging himself to say "yes" to everything? Kyle Cease is living in that spirit, encouraging everyone in his community to stop listening to him and instead keep following that voice I was mentioning earlier in this post.
One of his mottos:
"Whatever reasons you have for DON'T going for it, are the reasons you MUST".
So if you, like me, say things like "I can't start a newsletter or blog because … I'm afraid to be judged…., I don't know what to say … or other self-defeating things, those obstacles are not a reason to back out, but to say YES and transcend those issues.
Being part of his online community is a way to hold myself accountable to the invisible guy within me I mentioned before. The fact that he is funny as hell is a bonus.

Kristian Borglund believes in breaking things down and add some chaos to achieve next-level clarity. He lives in Stockholm, Sweden.

Please log in again. The login page will open in a new tab. After logging in you can close it and return to this page.